This month has been another almost-too-quiet-month where we all tread uncertainly between an extreme handwashing state of living, and a relatively normal life.

We’ve all given up a lot – whether it be visiting loved ones, or going to the gym – but we were happy when the lifting of the state of emergency meant we could take a short trip! My partner and I made our way up to Kyoto on a spontaneous day trip. He has been in Japan the same amount of time as I have – we were actually on the same plane to Japan – but he hasn’t visited Kyoto, Osaka or Tokyo yet. We decided to cross off one of the big three. Once in Kyoto, our first stop was Fushimi Inari. Usually filled to the brim with people, now it was quiet and tranquil. People are traveling less but coupled with the light rain and cloudy skies, we only bumped into a handful of people on our way up (and a very friendly cat, with half a tail). We felt very lucky that, despite the intermittent rain, we had a chance to take photos of the gates devoid of crowds, that people usually only get to take when they’re there at 5AM. The weather wasn’t all bad – the moody atmosphere added to the mystical feeling of the gates and shrines. 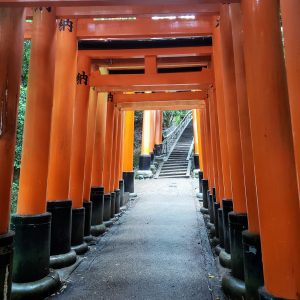 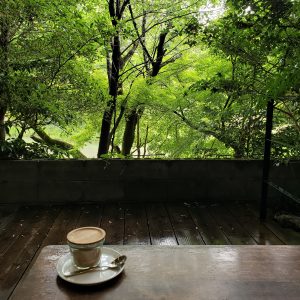 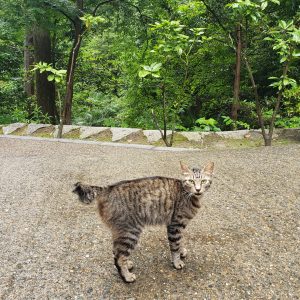 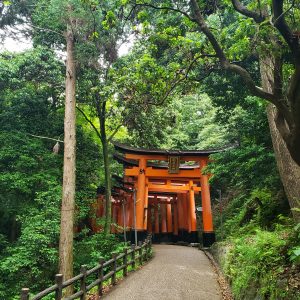 We descended Fushimi Inari and got tea in a small café overlooking a river, surrounded by trees - but there weren’t any proper meals. Next stop: food! After getting into the middle of the city, we found a covered market and after a quick look on Google, we found a very highly rated tempura restaurant. It had a waitlist, so we jotted our names down, and waited. What ensued was – the best tempura I’ve ever eaten! It was exciting to try a type of tempura I’ve never seen before - boiled egg tempura! (How do they do it?)! It also had small portion of cherry blossom that you could sprinkle on the top. I would travel back to Kyoto just to eat this food again – so yummy! 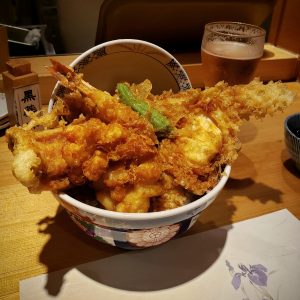 So, these were the two highlights from my trip. We travelled back, played some video games on the bullet train (I’m addicted to Animal Crossing at the moment - どうぶつの森), and made some tea when we got home. We’re looking forward to our next trip!