Everyone finally made it to Golden Week!  Most people in Japan finally got some long deserved time off. Some people took some time to relax and reboot. Others took trips to different places. I tried to do both. I visited Himeji and Tokyo while also taking some time to recharge.

First things first though, one of the things I was most excited about was watching the movie Avengers: Endgame. Most of my students know how excited I was for this movie to come out. I can safely say the movie lived up to the hype and it was a lot of fun to watch and talk about. If you're a Marvel fan, then this is a movie that you should see as soon as possible.

Next, I took a trip to Tokyo. Tokyo is a city with a lot to explore and discover. I had a lot of fun just wandering around and exploring whatever nooks and crannies I could find. Akihabara, the electric town, was where I spent a lot of time exploring. I thought there were a lot of cool shops. I especially enjoyed all the tech shops and seeing an 8K TV was amazing. (Although Lesley-sensei had a good point about how the every pore and imperfection an actor has will be seen by everyone.) I got lost inside of Tokyo Skytree’s mall, saw Senso-ji, and found Godzilla and the Imperial Gardens. I also found a random pigeon statue that I don’t know the meaning of, but it was a cool find. Overall it was a great trip. My one disappointment was that none of the Sumo-beyas were open for visitors, so I couldn’t see any sumo practices. I’ve decided when the sumo tournament comes to Nagoya I will have to see it. 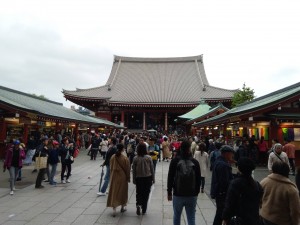 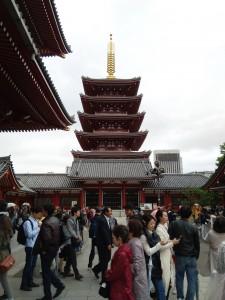 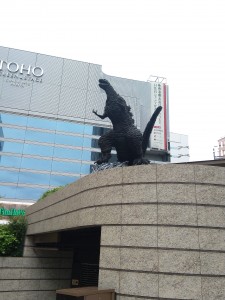 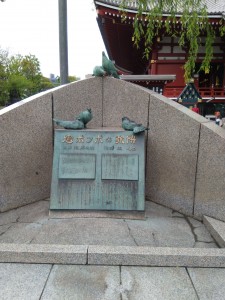 I got to see the crown jewel of Japanese castles, Himeji-Jo. All the people I talked to about Himeji Castle told me it was a “national treasure”. When I first arrived I was blown away by the beauty of the castle; it lived up to its reputation. The long wait in line was worth the investment. Overall, Golden Week was a successful Japanese cultural lesson for me. 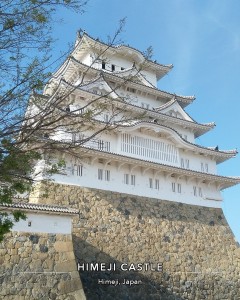 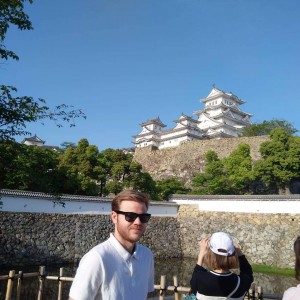