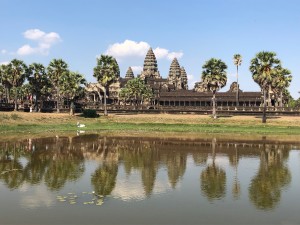 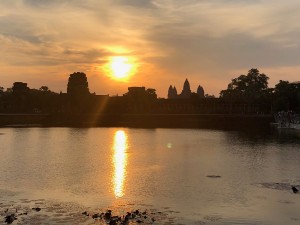 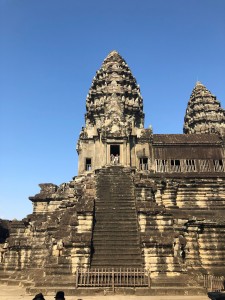 What did you do during Golden Week? I got to do something I had always dreamed of doing – I went to Cambodia to see Angkor Wat. I was a child during the horrible four years when Khmer Rouge killed so many people, so that was always my image of Cambodia. These days most people think of Angkor Wat when they think of Cambodia. I actually found out about Angkor Wat from a BIG BOW lesson on World Heritage sites and really wanted to visit. Cambodia is really grateful to Angelina Jolie (they even named a cocktail after her at The Red Piano restaurant in Siem Reap) for helping to give their country a new image after the Tomb Raider movie, which featured the ruins around Siem Reap.

We didn’t just visit Angkor Wat, we also went to nearby Angkor Thom and Ta Prohom. The trees grew in the walls of Ta Prohom because of the seeds in bird droppings. That place was not completely restored, but left as it was rediscovered by the French. 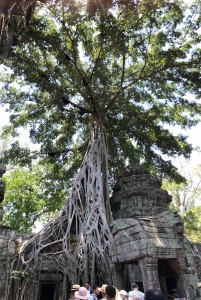 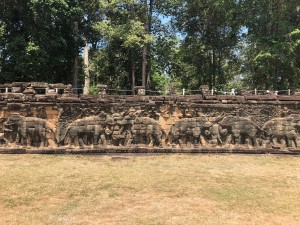 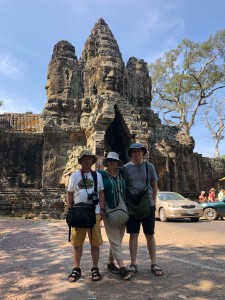 On the final day of our Cambodia vacation, we went to visit the largest lake in Southeast Asia. It’s dry season, so the lake is really low, muddy, and not very scenic. The amazing thing about this lake is the entire city of floating rafts in the middle - there are houses, a church, a school, a store, even a funeral parlor! The children row boats to school, unless they are very poor and row whatever they have on hand that floats. I was really interested in this because I once wrote about a boat school in India for the Our World 3 workbook. 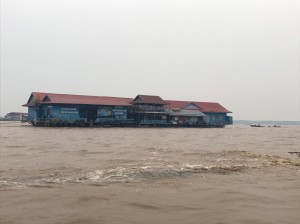 Once we got to a floating deck in the middle of the lake, there were three children rowing a tub, a styrofoam box, and a 55 gallon drum cut in half. It was amazing how deftly they maneuvered these with a little simple oar. It’s scary to watch until you remember that if they tipped over, they would just be in chest high water. They showed off their rowing skills and teased the tourists, some of whom passed them small bills. Then, a relative came by in a motorboat and they all rowed over and jumped in the boat. The boat sped off as the little boy waved to us. It was a scene from a life I cannot even imagine living. 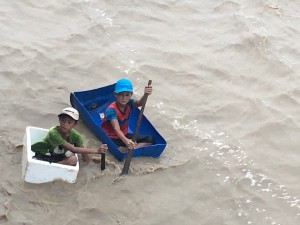 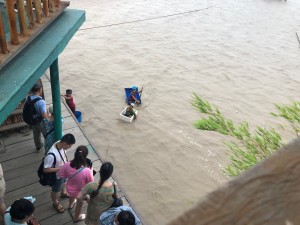 While the people living there seem to be doing OK, it’s a tough life and the tour guide said the younger people are leaving to go to the cities. I wonder how much longer this way of life will exist.

Cambodia is a great country to visit. The food is delicious and the people are friendly. I can’t wait to create a new BIG BOW lesson about the things I learned there.