When I was a child, I occasionally watched reruns of a TV show called Mr. Wizard. Mr. Wizard would use everyday household objects to do science experiments. It was one of the first television shows for children that wasn’t a cartoon. He really made science come alive for a whole generation of children. Sometimes we’d recreate these lessons in our kitchen to our parents’ delight (or horror).

Science experiments play an important role in BIG BOW English Lab’s curriculum and I’ve had the opportunity to show other teachers how to do them in CLIL teaching presentations. So it was thrilling to get the invitation to teach a science lesson at Mari Nakamura’s school, English Square, in Kanazawa.

Of course, we first took time to do a bit of sightseeing in the historical area of town. 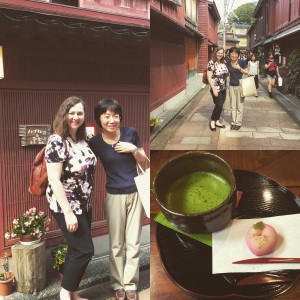 The children laughed as I donned my white lab coat with a flourish, then we got down to work. 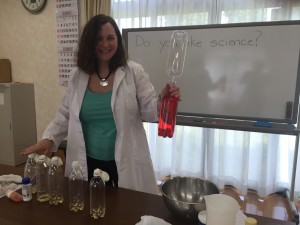 First we did an experiment where we mixed vinegar and baking soda to make enough carbon dioxide to blow up a balloon. 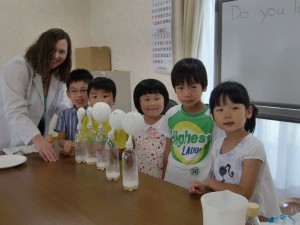 The next experiment was a demonstration of how we could stick pencils through a plastic bag filled with water, and not spill a drop. 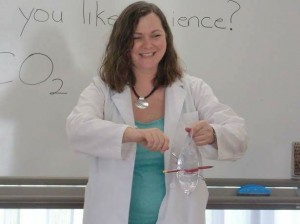 A science experiment called The Water Tornado proved to be the most popular. 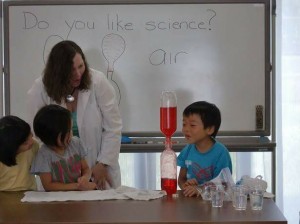 But I think the students were most amazed by this science experiment about water surface tension. 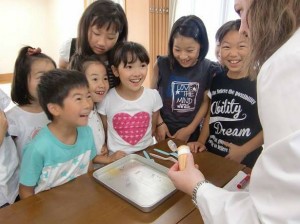 Putting on this type of lesson was a lot of work, but very rewarding. Thanks so much to Mari and the students of English Square! You can read what Mari had to say about this event at this link: http://englishsquaremari.blogspot.jp/2016/07/science-is-fun.html