名古屋市昭和区の英会話スクールBigBowEnglishLab > ブログ > Got my first shot!

It feels strange to be spending our second year in the COVID era. Who thought we’d still be wearing masks and about to begin an Olympics with no spectators in the stands to cheer on the athletes?

At least we have hope with the vaccine roll out. I felt discouraged at first looking at the Nagoya city schedule and seeing I wouldn’t be able to get my first shot until August. However, my son said I would be eligible to get a shot through his company. The only problem was, I’d have to go to Tokyo to get it. So, I found myself wearing double masks and catching a late night shinkansen on Friday night after my classes. 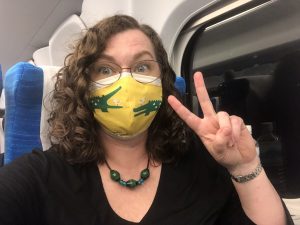 It was interesting getting our shots through his company. His company headquarters is in a tall building in Otemachi and the vaccinations took place in the conference rooms on the first floor. It was very organized and we left with a complimentary bottle of water with the company’s name on it. (Drinking a lot of water is said to help reduce side effects of the vaccine.) 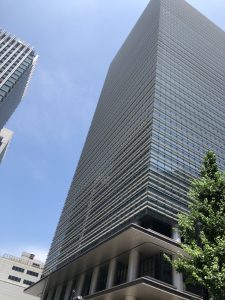 On the way back to his apartment, we decided to walk through the Imperial Palace gardens and then see the 3D cat billboard next to Shinjuku station. The billboard was really cool, but the 3D effect was actually stronger when you watch a video of it. As you can see with this video I took, there are blue wavy lines when you try to film it with an iPhone. In any case, this technology is really cool and very creative. 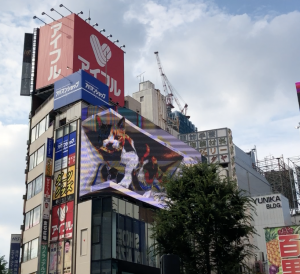 My son and I didn’t have any side effects afterwards, other than sore arm and a slight fever. I will go back to get my second shot once BIG BOW’s summer vacation starts.

Mr. Ito got his first shot a few days ago at a local clinic. He’ll also be receiving his second shot during summer vacation.

I really hope many people can receive the vaccination and life can start returning to normal by the end of this year.