I have been living in Nagoya, Japan for about two months now and it has been an interesting experience. It is a lot different from my home in California and my year spent in Spain. Spanish students and Japanese students are almost opposite from each other. In general, Japanese students are much quieter and shier, while in Spain my students were boisterous and outgoing. As a teacher, both types have their advantages and disadvantages, so I enjoy teaching both. Some activities are easier with Japanese students while the same activity could be much harder in Spain and vice versa. I’ve noticed some similarities as well and I’m sure the longer I live here, the more I will notice even more similarities and differences. The biggest cultural difference, between Spanish and Japanese people in general, is the attitudes towards personal space. In Japan (and America somewhat) everyone has their own little personal bubble and people don’t touch. In Spain, the first time you meet someone they are giving you kisses and hugs! It was awkward at first for me, but I got used to it. I laugh imagining how a typical Japanese person would react in that situation.

For my first blog I think I should reflect on my last year. I spent nine months living in a city in Spain called Manresa. It is located in the shadows of a beautiful mountain call Montserrat. Every day I had a great view from my school of the mountains. In Spain I lived with host families, so I really got to experience authentic Spanish life. One of the downsides was that it sometimes felt like I was always working because when you live with a student, you always have to act like a teacher. But to be honest, it was never really that bad, and I felt that way only a few times. The host mother and father were very respectful about my space. Although I can go on and on about my time in Spain, I am running out of room on this blog, so I’ll talk about this more in the future. It was a life changing experience that definitely prepared me for living in another foreign country I think it is part of the reason that I have not had that much culture shock in Japan. 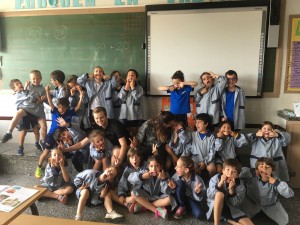 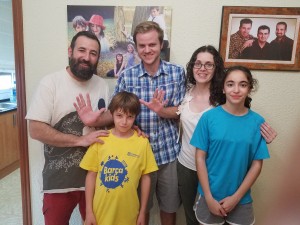