Six years ago, I was asked to write materials for the Choose Your Own Adventure Series. A version for EFL learners of this popular, interactive series of books was being released and they wanted a set of worksheets to go with each book. The fourth worksheet was a non-fiction lesson that related to the book. I was fascinated by the research I did for The Case of the Silk King about Jim Thompson. He was an American man who was in the CIA during World War II and stayed in Thailand after the war. He successfully organized the Thai silk industry and became known as “The Silk King.” His mysterious disappearance in 1967 made headlines around the world and what exactly happened after he took a walk in the jungle of a Malaysian resort is still unknown. Some say he was eaten by a tiger, but others say he escaped the pressures of owning his business and became a monk. Others speculate that he was part of a CIA plot; a movie was made about this a few years ago, but critics say it raised more questions than it answered.

I mentioned Jim Thomson to the editors of the project and they told me about their visit to his house in Bangkok, one of the most popular tourist attractions in Thailand. Last week my husband and I got to visit his house. It’s actually a few traditional Thai houses put together and filled with Southeast Asian art. 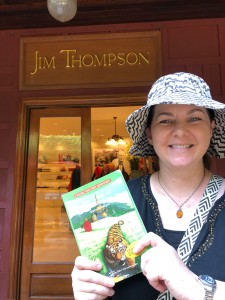 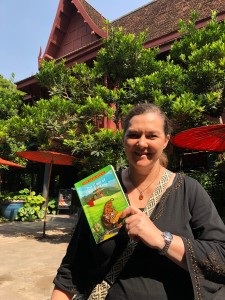 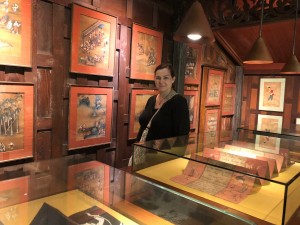 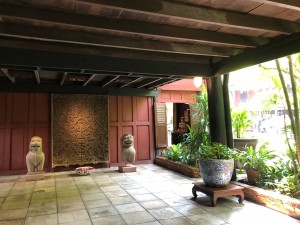 Last night we began a lesson in the Super High School class about the life of the Silk King. The students will discuss and present on what they think happened to this successful businessman. As many of these students were fans of the Choose Your Own Adventure series when it was first released, I feel we have come full circle.